Post-Thanksgiving, we had a big group again, with more than ten kids (plus baby siblings) at the beginning of our Step Into Storytime program for 2- and 3-year-olds. Given these numbers, we skipped the name song that we often sing after the hello song if there are fewer than ten kids.

I started off with a long-ish book, Toys Meet Snow by Emily Jenkins, because it’s one of my favorites and because we did have snow recently (and our craft was to do with snowflakes). It went okay, but may be better for a preschool group. The favorites today were (I think) Oh No, George! and Monkey and Me.

I had thought about reading Cub’s Big World after Toys Meet Snow, but I think I’ll save that for next week’s lead-off book, especially if we have snow between now and then. They All Saw A Cat and A Greyhound, A Groundhog are on deck too. Often the most successful books are the ones with some humor in them (like The Wonky Donkey and Grumpy Pants from last week). Do you have any favorite funny books for this age group? Please share!

It was a cold rainy Monday the week of Thanksgiving, so attendance was a little sparse, but we had five kids in our target age range, plus two baby siblings, and we had a great time! I introduced my new creation this week: a yoga cube, made from the illustrations in the endpapers of Yoga Bunny by Brian Russo. I showed the book but didn’t read it, explaining that it’s a little long for two-year-olds. We tried out the yoga cube and it went really well – I brought it out three times during storytime and we did about three poses each time. 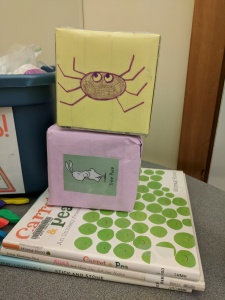 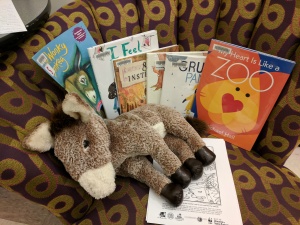 I also lucked out and found a big donkey puppet in the closet, so I used that to accompany my lead-off book, The Wonky Donkey by Craig Smith. Hee haw!

And that’s it for this week. Happy Thanksgiving!

Toward the end of last year (November 17, 2017, to be exact), I posted my Top Ten list of books I had been looking forward to earlier in the year, and books I was looking forward to in 2018. Now we’re nearing the end of 2018, and it’s time to see how things went. Those who are familiar with Nick Hornby’s “Stuff I’ve Been Reading” column – or really anyone who always has a to-read list going – know that some books never quite rise to the top of the list, even if you really meant to read them, while others jump the queue. Here are the ones I was planning to read:

I’ve done pretty well with this list, even with queue-jumpers; the only ones I haven’t read (yet!) are Mrs. Queen, Daniel Kahneman, Roxane Gay, and Walking Home. Of the rest, I really enjoyed them all, but Jemisin’s trilogy was particularly outstanding for its world-building, character development, and storytelling structure/perspective, and Transcription was incredible as well; when Kate Atkinson observes that “The mark of a good agent is when you have no idea which side they’re on,” file that away for later. And Maggie O’Farrell continues to amaze me; I’ll read anything she writes. 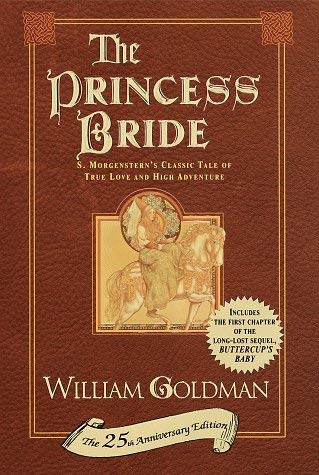 Re-reading: I used to love re-reading, but when I started working in publishing and then in libraries, there were always so many enticing new books I didn’t re-read the ones I liked nearly as often as I used to. This fall I’ve made more time for re-reading, including the Harry Potter series (I’ve re-read the first six since the end of August). I plan to re-read the seventh, and maybe The Cursed Child as well. I’m also planning to re-read The Princess Bride (that was on my mental list for November/December even before the sad news that Bill Goldman passed away). And December wouldn’t be quite complete without re-reading Greenglass House by Kate Milford, though maybe this year I’ll re-read Ghosts of Greenglass House or Bluecrowne by her instead.

Community Reads: In addition to continuing to serve on the Arlington Reads Together committee, I’ve been drafted to be on the Winchester Reads committee, which means I have a nice new stack of books to read before our next meeting in February; I’m not sure if our shortlist is public knowledge yet so I won’t say what those titles are, but there are some strong candidates and I’m looking forward to starting them…after I finish S. Morgenstern’s classic tale of true love and high adventure.

2019: It looks like Nick Laird’s new poetry collection will be out next summer. I’m also hoping for the next Book of Dust by Philip Pullman, and Audrey Niffenegger’s sequel to The Time Traveler’s Wife. I’m sure there are plenty of other books to look forward to – what’s on your radar for next year?

It was a rather dreary 50-degree morning and storytime was packed! There were at least 15 kids in the 2-3-year range, plus several younger siblings, including babies. We skipped the name song, but along with announcements, I pointed out the five early literacy practices that I always put up on the board – Read, Talk, Sing, Play, Write – and reminded caregivers and parents that doing those five things every day build the skills that will help kids learn to read.

Next week we’re closed on Monday for Veterans’ Day, and I’m hoping that by the week after that I’ll have my yoga cube ready to go so we can do some yoga poses in storytime. I also want to make sure I have a more diverse batch of books next time; I try to keep a 50/50 gender balance but today’s books were more by male authors.