“I want to write something new – something extraordinary and beautiful and simple + intricately patterned.” -Fitzgerald in a letter to his editor, Maxwell Perkins, July 1922 (from The Sons of Maxwell Perkins: Letters of F. Scott Fitzgerald, Ernest Hemingway, Thomas Wolfe, and Their Editor, edited by Matthew J. Bruccoli, University of South Carolina Press, 2004)

This week at work, I led a book discussion about F. Scott Fitzgerald’s The Great Gatsby. (We celebrated “Gatsby Month” in March, planned around the new movie version, the release date of which was unfortunately pushed back. However, I believe we’ve drummed up some excitement for its eventual release in our area.)

I’ve read Gatsby a number of times: first in eleventh grade, again before the end of high school, at least once in college and at least once since. I’ve written multiple papers on it, and would give it my vote for Great American Novel if I had to choose just one. Which is to say, I felt I knew it sufficiently well so that I didn’t need to re-read it again before my book discussion at the library.

However, a few days before the discussion, a co-worker (who had led a discussion the week before) sent me this article from Salon, entitled “Nick Carraway is gay and in love with Gatsby.” Though I’d noticed in my readings that Nick never seemed all that interested Jordan Baker, it hadn’t occurred to me that it was because he was gay; I figured she just wasn’t all that likable. (She plays golf. She cheats at golf. Or at least, that’s the rumor.)

Greg Olear, author of the Salon piece, included significant textual evidence to back up his claim. As the narrator, Nick is responsible for introducing each of the other characters to the reader. He describes the men and the women very differently; he notes Daisy’s voice, Jordan’s posture, and Myrtle’s dress, but he describes Tom’s physicality and Gatsby’s air of favorable understanding. Olear also draws the reader’s attention to the scene between Nick and Mr. McKee, which I had forgotten about, or never really noticed or understood; but, as Olear points out, in a book that is so economical with words, surely Fitzgerald wrote that scene for a reason.

Why does it matter if Nick Carraway is gay? Because he is the narrator, and we trust him to be impartial (or at least to tell us when he isn’t). If, as Olear suggests, Nick is in love with Gatsby, then Nick “romanticizes Gatsby in the exact same way that Gatsby romanticizes Daisy.” (Olear also sums up something I’ve felt since my first reading of the book – that Daisy is “unworthy of [Gatsby’s] obsession.”) 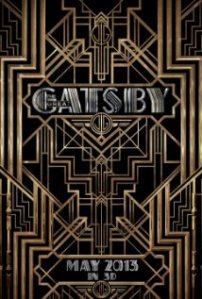 Even if it isn’t true – and who’s to say? – it’s an interesting lens through which to read the book, and it will be interesting to see how they reinterpret the story for the screen this time around (IMDB now says the release date is May 10).

Speaking of books being adapted into movies, Book Riot ran a recent piece on just that topic: “What do readers really want from literary adaptations?” See the excerpt below (emphasis is mine):

“[A] big reason for the challenge [of adapting a book to the screen] is that it’s so difficult in the first place to determine exactly what we readers (presumably a sizable portion of these films’ audience) want from our adaptations. There are, as I see it, two general modes of thought. On the one hand are those who want replication–a careful, detailed transfer from page to screen. These folks ask that the director and writer(s) revere the book and recognize the grave responsibility with which they have been entrusted. On the other hand are those who simply want the spirit of the work to reach the screen, and willingly cede the often proprietary instincts that come with loving a particular book to those charged with adapting it….The lesson here should be obvious: the bigger a fan you are of a given book, the less sensible you’re likely to be when it comes to its adaptation.”

7 thoughts on “The Great Gatsby”